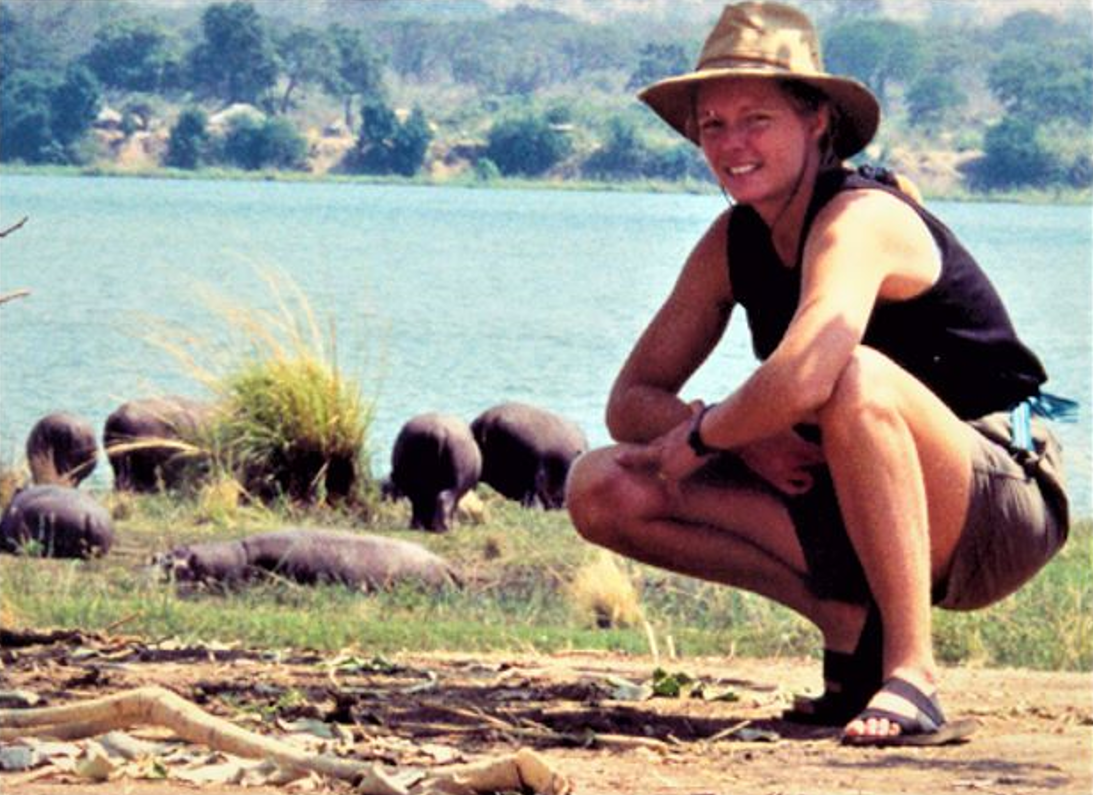 Resumé: In her book, ”Faith, Stone and Love” the careerwoman, adventurer and nature stone expert Susan Moser gives her recipe on how to meet the adventure. It is not only to travel much – but to a higher extend to understand other countries’ culture, wild life, fauna and geography.  Susan is also a big game hunter, but only kill ”what I like to eat myself”. The short story  “The Dead Lioness” is not focused on hunting, but takes aim in how to protect a herd of water buffaloes from a terrible drought in Zimbabwe. Characteristic for her she was on a honeymoon with her Italian husband. The year was 1992.

There is a picture of me. I’m standing by the hanged dressed carcass of a dead lioness, holding the skin from the lion’s head between my hands.

The lion was shot in the evening. It had been circulating around the Matetsi camp in the Northwestern part of Zimbabwe not far from the Victoria Falls and the town Livingstone. Our task was to release 200 water buffaloes in the area. They were moved from a drought area in the lowvelds (South eastern Zimbabwe) and were emaciated, starving and stressed by the transfer in the large cattle trucks that each could contain a score of the large 600 to 1,000 pound heavy animals. We feared the lion would attack the water buffaloes and the many, that were on their way. The lion was not to be scared and insisted in being in the area. We could hear it roaring.

When the shot was heard I felt sorry I didn’t team up with the ranger, that fired the shot. To deal face to face with a full grown and muscular female between 250 and 300 pounds and a body length of 175 cm is quite something. I would happily have been part of that experience. At that time I was not a hunter. The year was 1992. I joined my Italian husband Fabio. We were newly married and on our honeymoon.

Both of us had a common cross-border passion for filming, study and take pictures of rare wild animals. But in this case filming was not enough. According to the local rangers the lion was intrusive and aggressive. As it seemed impossible to make the lion leave they had to kill it. Afterwards it was hanged in a crane and the skin stripped off.

I only saw the lion the following morning. During the night, around three o’clock the next load of buffaloes arrived and I climbed up on the thin iron frames normally holding the tarpaulin in place, to photograph the animals. It might have been brave but also thoughtless to risc falling between the big buffaloes that were very stressed by the situation. That kind of thinking first hit me later in life. At the time I wanted to be first in line when something was going on.

The lion was dead. You could see the bullet wound at the shoulder and read the impressive musculature almost without any fat on the body, it was hanging by the back legs and ended by the decapitated neck.  The head was placed in the bottom of the picture. Just close to me. The head was very bloody. I was asked to pose holding the skin from the characteristic lions face. I tried to smile, but it felt a bit morbid. Today I might have considered to do it. After I took my game hunting certificate and been on several big game hunts, I’ve only shot what I would eat. Lion’s beef is not part of my diet. 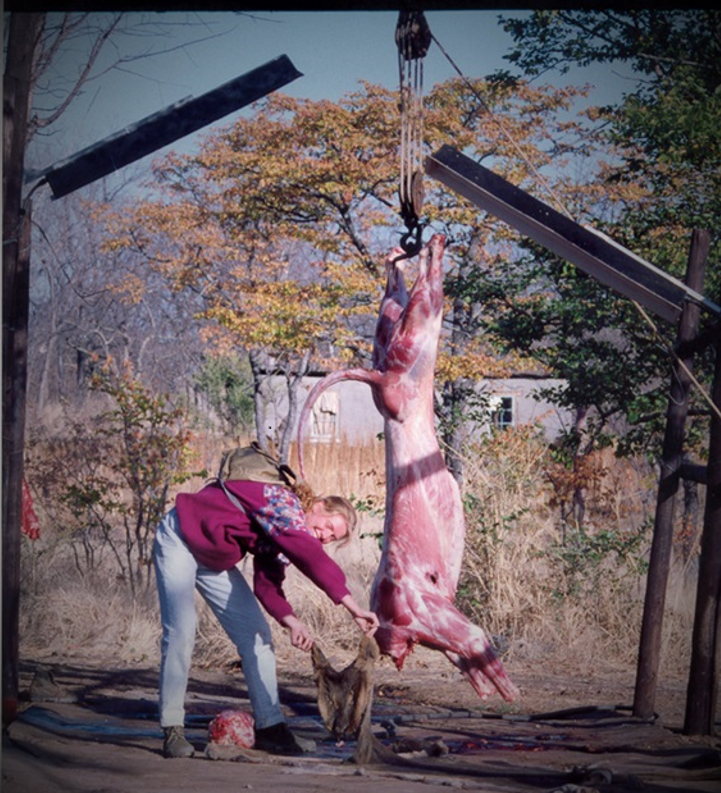